We are open. Our daily foot traffic is slow and guests can easily practice social distancing; we do.

The front doors are standing open, so there is no need for anyone to touch anything. You can, if you wish, literally put your hands in your pockets from the moment you leave your house or car until you return to your house or car.

We can also give you an appointment, in which case we can absolutely guarantee that nobody will come within at least ten feet.

For now, don’t expect to see any reception invites. But do feel free to come see our show if you are able to leave your home.

Social distancing compliance is pretty easy for us, unlike many small businesses. It’s not that different from how we normally operate—outside of receptions.

Finally, expect to see art here on facebook over the next few months! If you need to stay home, we will get the art experience to you.

Bill Pusztai
Downtown East SideFebruary 7 – March 28
First Friday Feb. 7, 11 am – 9 pmBill Pusztai [b. 1965] is a Canadian photographer with a studio in Vancouver B.C.In Downtown East Side, he takes us on an intimate and honest guided tour of his city; it’s both different and intensely familiar. “One tends to think of social issues as local, but many of these will resonate with people from any large enough city in North America.”Pusztai’s fourteen photographs are accompanied by text, providing context and his motivation for his artistic choices.I tried here to evoke human issues without photographing people; I wanted to avoid the kind of show that depicts people as A Hooker, A Homeless, A Drug User, etc. Many have tried doing these sorts of photos, sometimes completely uncaring of how they treated the subjects, but even with the utmost care to humanise and interact, it’s still A Picture Of A Hooker. I’ll gladly take their portrait, but it’s going to be a portrait of Debbie, not a Transgender Indian Hooker.

This is Pusztai’s fourth solo show at garner narrative. Past shows were in 2014 (Preaching to the Converted review), 2016 (Attachments review) and 2018 (Unnatural Affections press).

Pusztai also took part in the Louisville Photo Biennial in 2011 (Three Portraits of Tom A.), 2013 (Seven Sins, part of Moral Matters review), and 2019 (Marshall and Dana, part of Our Eyes press).

This exhibit is supported by the Louisville Photo Biennial, which now fosters year-round public conversations—about and through photography—with exhibitions, lectures, workshops and panel discussions.

Some excerpts from Downtown East Side (spellings are Canadian). 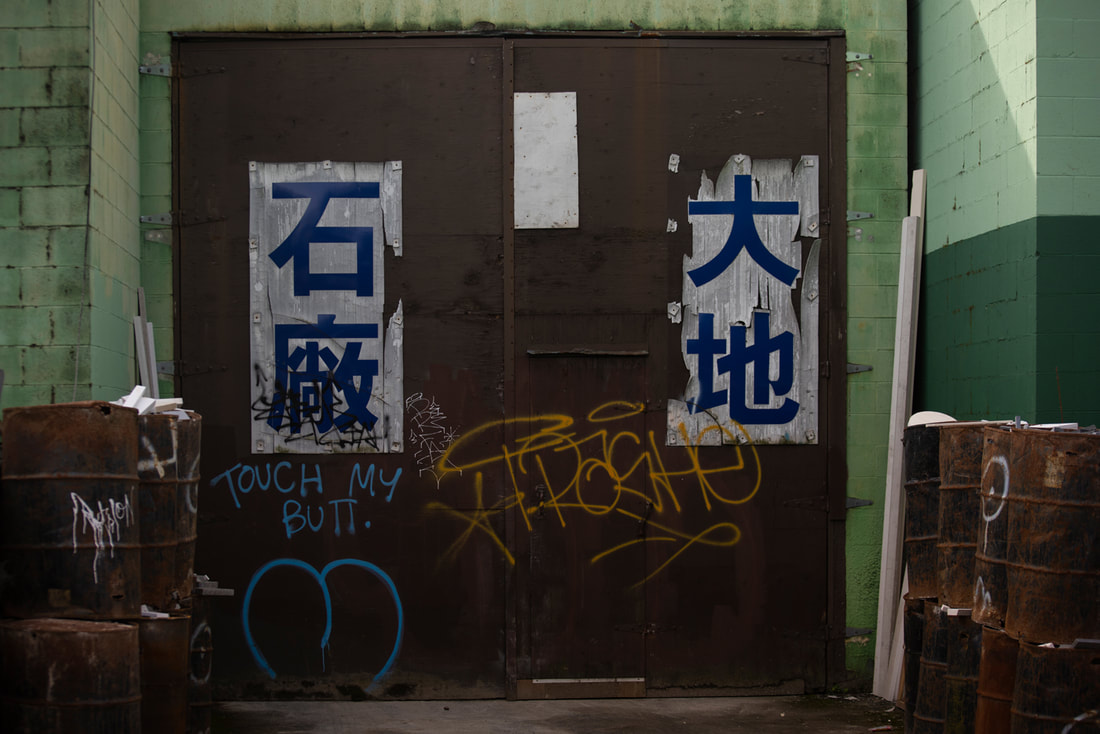 It’s a polyglot culture, and most of us love that. But like many places in North America, we have a history of racial discrimination against immigrants. Chinese labourers were allowed in to build railroads and extract resources, but there were draconian legal barriers to prevent them settling here. During WWII, Japanese families, many of whom had lived here for generations and were citizens, were put in concentration camps, their properties seized and sold off. You still hear echoes of that when people talk about high housing prices, money laundering, and the easy availability of drugs.The Chinese reads “石厰” and “大地”, Shíchǎng and Dàdì. Google suggests “Stone Factory” and “Earth”. 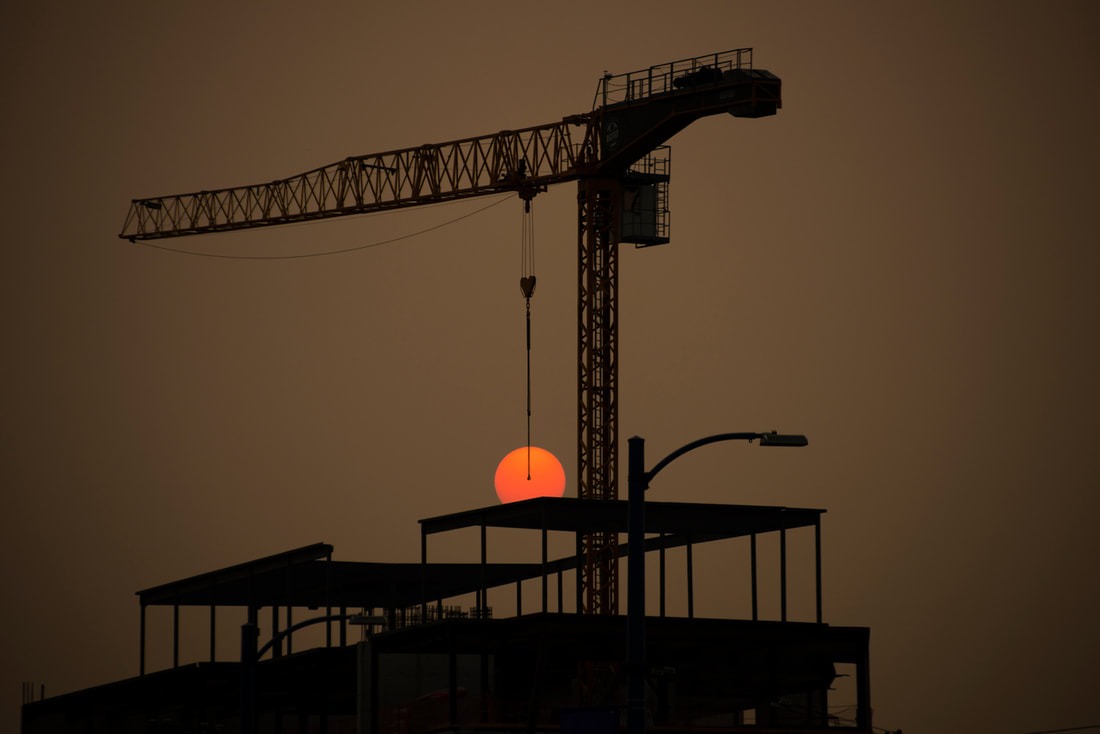 For the last few years, Vancouver has been in the path of smoke drifting south from fires inland, to the north, and from Washington state. Among the first obvious consequences of climate change: for the last ten years or so, invasive non-native insects and pests that would not have survived the colder winters we used to have, have killed huge swaths of forest. The most immediate effect has been that the lumber industry is hurting, because the pests damage the wood in ways that make it worth less, and government tariffs have not been reduced to allow for economically feasible harvest. Mills have closed, secondary processing plants have closed, and the transportation network has stalled. Mill towns are being shut down. Decreased rainfall, hotter summers, and the volume of standing deadwood have year after year enabled massive forest fires. Sometimes for a week at a time the sun is a red dot in the yellowy grey sky, if it’s visible at all. A fine layer of grit and ash collects on surfaces, and health authorities warn to stay indoors. For all the good that does. 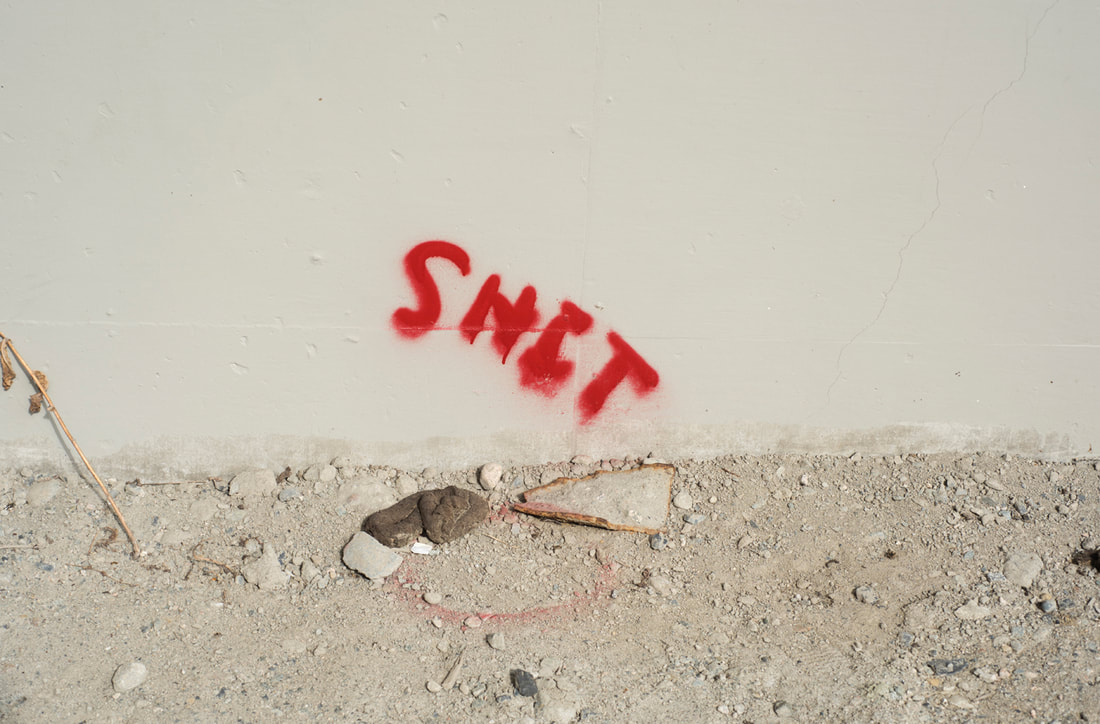 What do you do with all the shit from a tent city? There’s now a hierarchy among people doing urban camping. The lucky few get into one of the completely illegal and unsanctioned tent cities, which the city clearly says are Very Bad but nevertheless provides portable toilets, some police services, and some public health services. Everyone else is shit out of luck; there are nowhere near enough shelter spaces, and what exists is overcrowded, unhealthy, and dangerous. People who can’t get into a tent city hate the people who do, and so go to some lengths to make them look bad; consequently the property crime rate around tent cities increases considerably until the people in the tent cities decide they need to do something about it, and start their own kind of policing.
​

Many Thanks To Our Top SponsorsRepublic Bank, The Louisville Downtown Partnership, and TARC!

How are you doing at Garner Narrative

This Fall at KMAC is 🔥